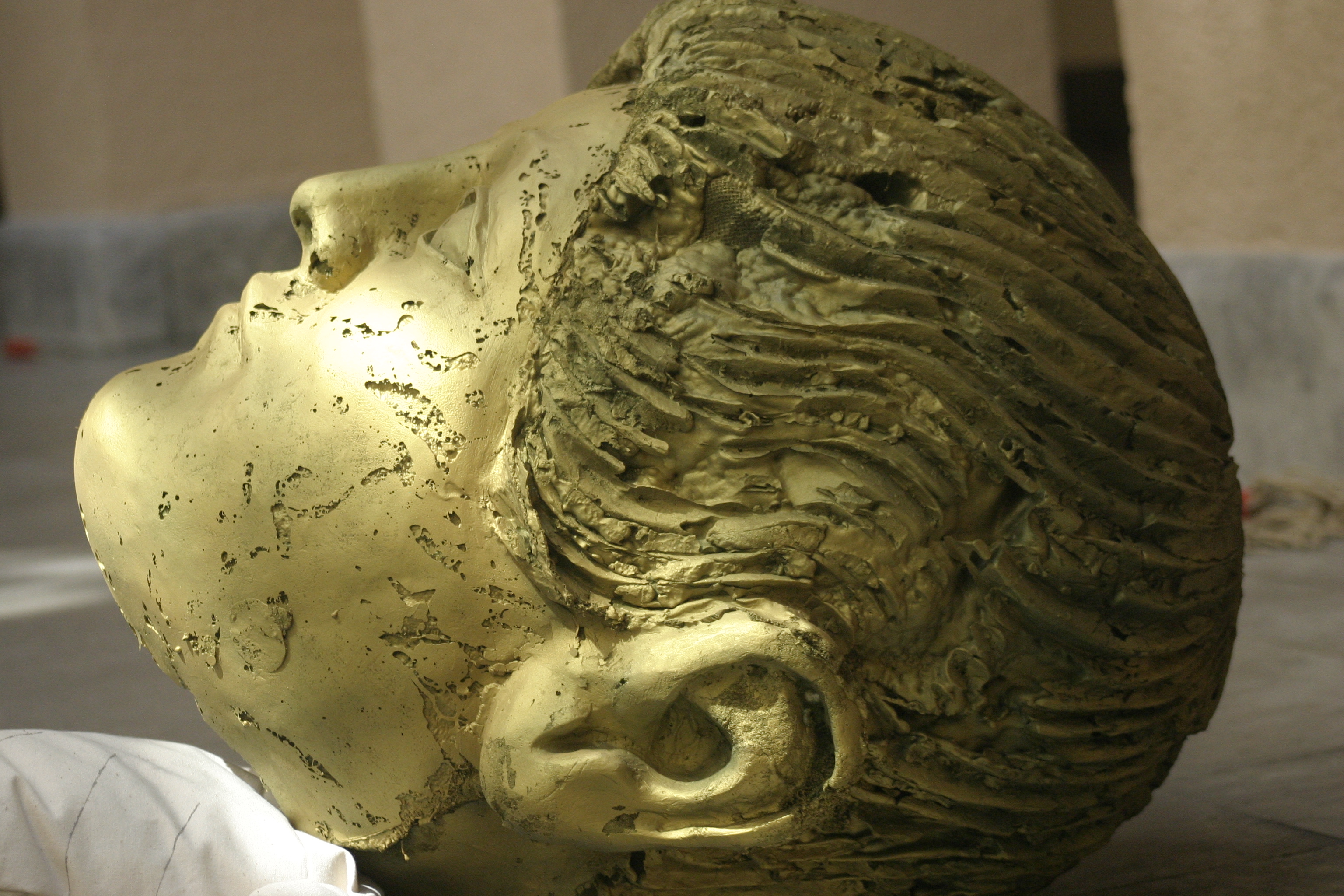 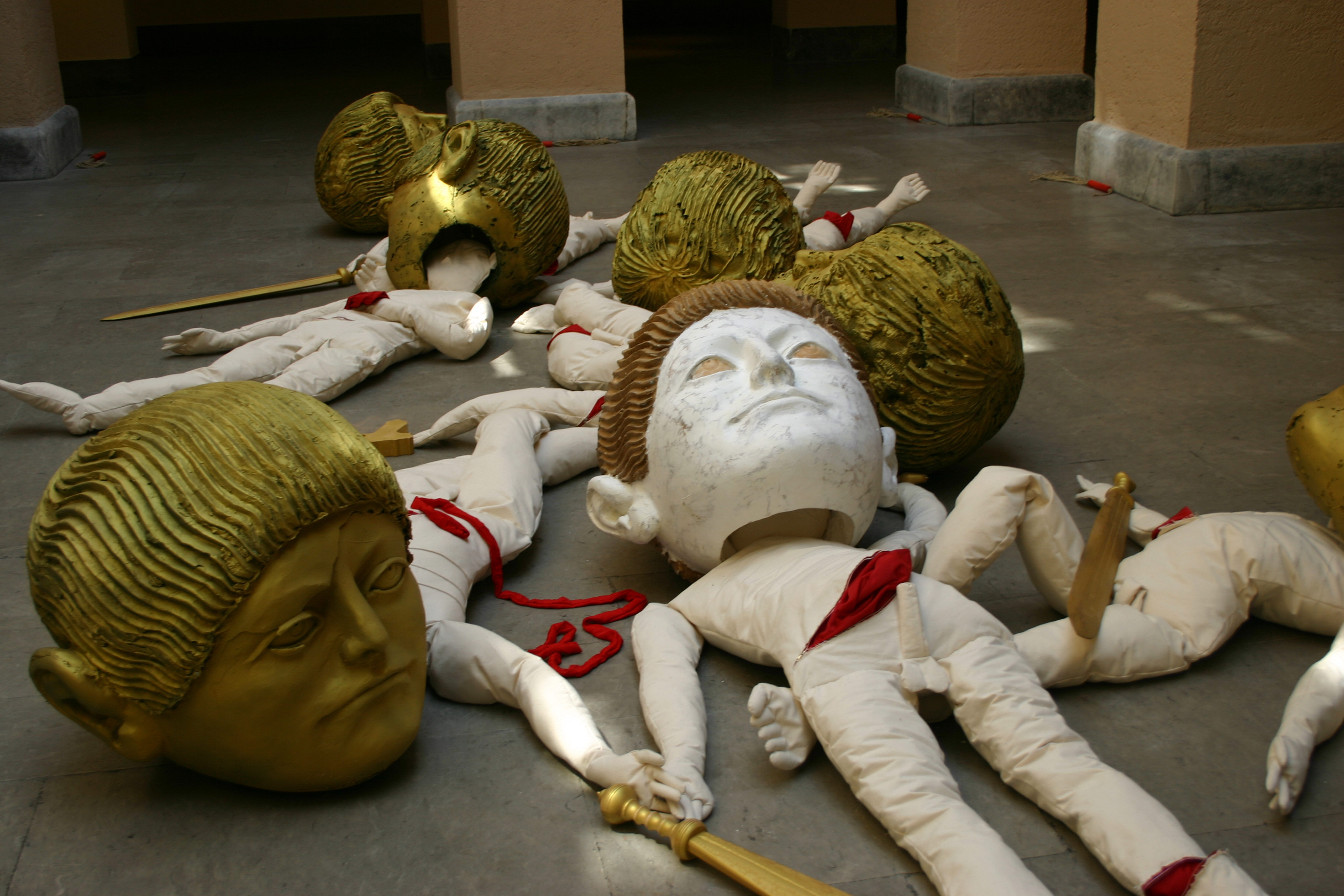 The project Empire Strikes Back & Forward (the title alludes to one of the Star Wars films) is conceived as a recurring annual exhibition that will establish a dialogue among visual artists (emerging and established contemporary painters, sculptors and intermedia artists) from both closer and more distant areas of Europe.

The project aims to include the historical, cultural, existential and political topics in the environment that geographically and politically unite and at the same time divide us. The main questions posed to participating artists will be: what determines the local social characteristics and what links artists and citizens in the wider European area throughout history? How different are the backgrounds we come from and which values do we share? How does art reflect local society and how do we move beyond the national dimension? How does the variety of specific social problems manifest in the artist’s environment? (For example, attitudes to World War 2 in Slovenia and in Germany.)

In May 2014, the Institute for Arts Gulag produced the first independent exhibition of Slovenian artists that was held in the Ljubljana Town Hall. It presented the reflections of two artists (a painter and a sculptor) on the wars in Slovenia: upon the centenary anniversary of the start of World War 1; the 75th anniversary of the end of World War 2 and the Roman wars upon the 2000th anniversary of the start of ancient Emona (the Roman predecessor to Ljubljana). The artists use these war themes to contemplate violence and its consequences: dehumanisation.

The artivistic comment on the society of Ljubljana, reaching back to ancient Emona, is conceived by the painter and video artist Gorazd Krnc in collaboration with the sculptor and intermedia artist Zoran Srdić Janežič. Both of them embrace the media and convincingly master the form. Despite the classic formats of painting and sculpture, they still manage to transform and surprise with their humour. The paintings on steel look ‘heavy’, while the sewn fabric figures give the impression of ‘light’ and playful matter. They both dynamise the viewer’s relationship towards these unusual vehicles of artistic ideas. The artists reflect seemingly minor situations of the fleeting, absurd and common to comment on what should be deeper values of our civilisation. 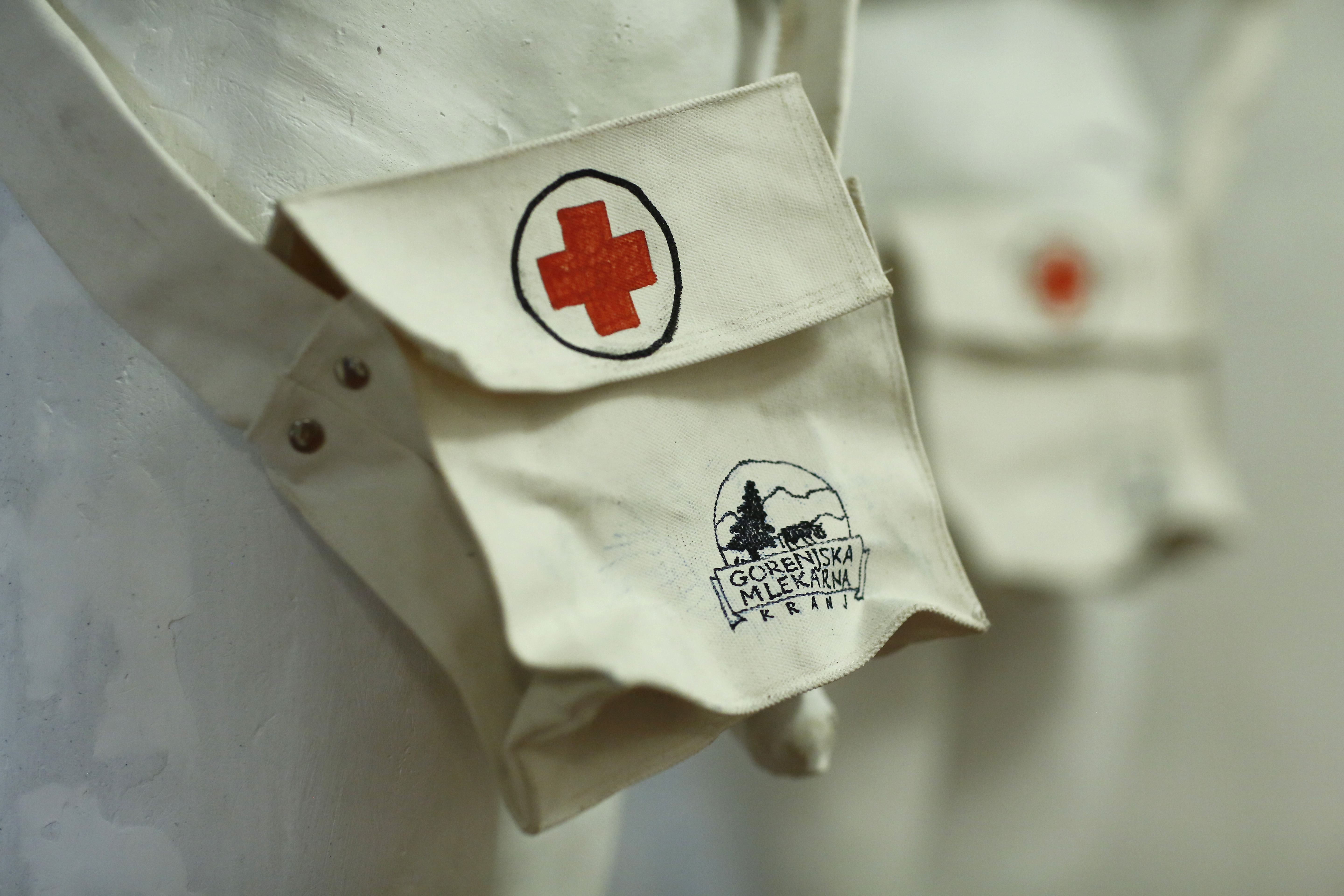 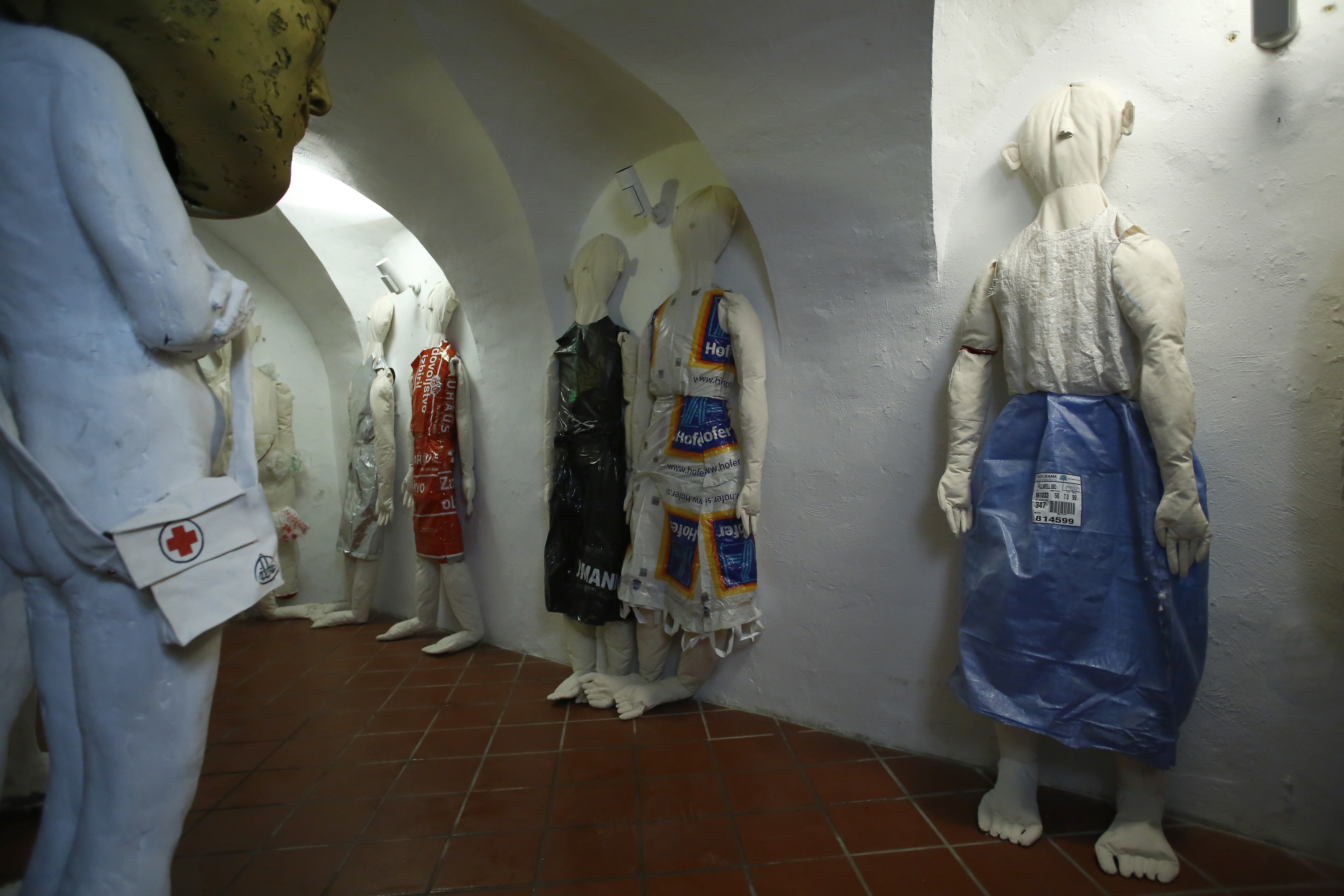 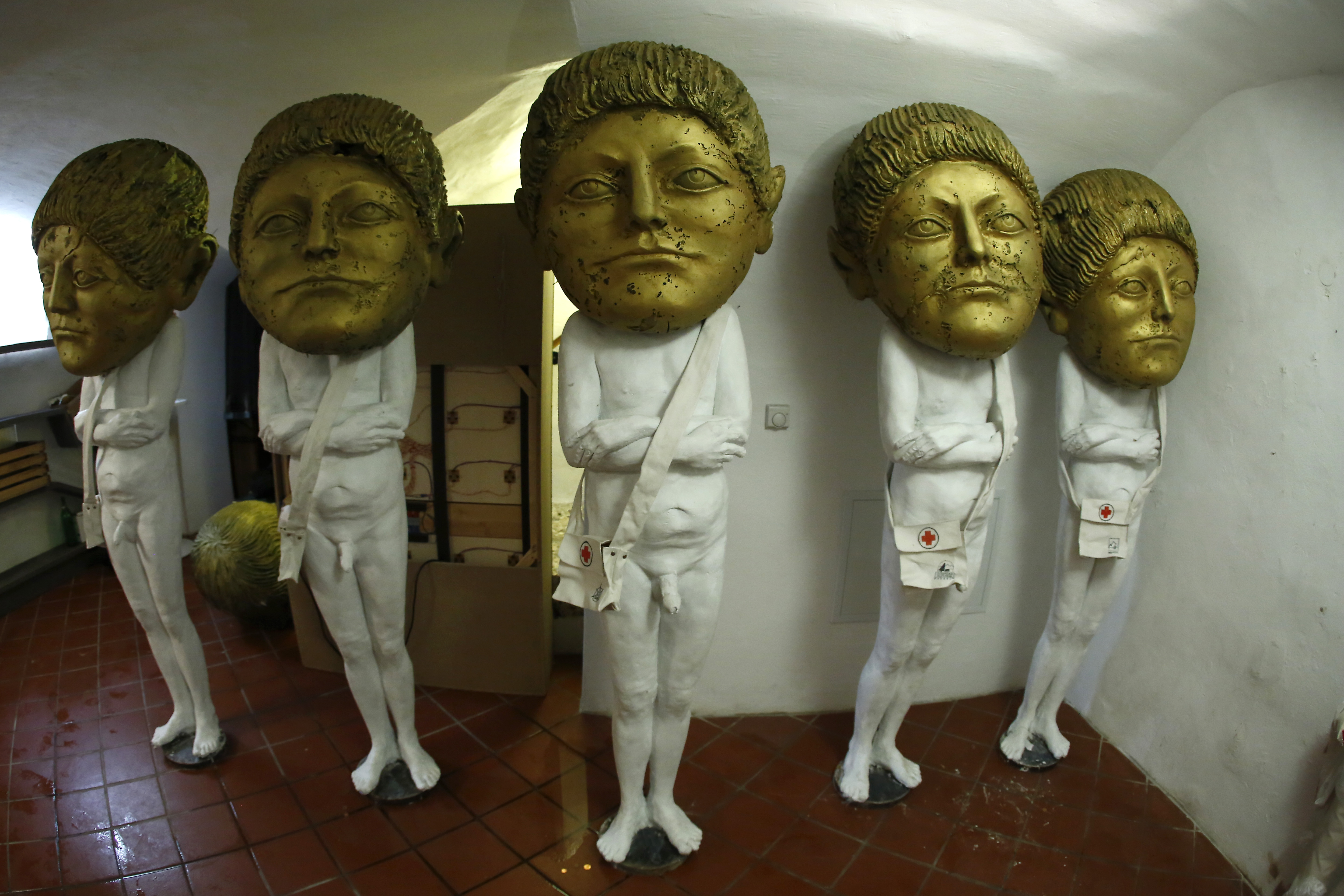 Zoran Srdić Janežič combined in his installation the following of his sculptural works: Corpus Indeterminata and Empire strikes back & forward. He used a collage and assemblage to integrate images as well as social and historical contexts. Monolithic plaster figures represent the management of the local industry or those who want to save this industry. The sculptures wear the first aid handbags, filled with coins and marked with the logotypes of local factories. Confronting them stands working class, dressed in shopping bags of the present large commercial chains. Although we feel the hidden nostalgia for the blooming industrial era in Kranj, which was replaced by the large international commercial chains, the author reminds us that we are witnessing the drop in quality, value and abilities of a man, who has surrendered to today’s dictatorship of the capital.
Melita Ažman