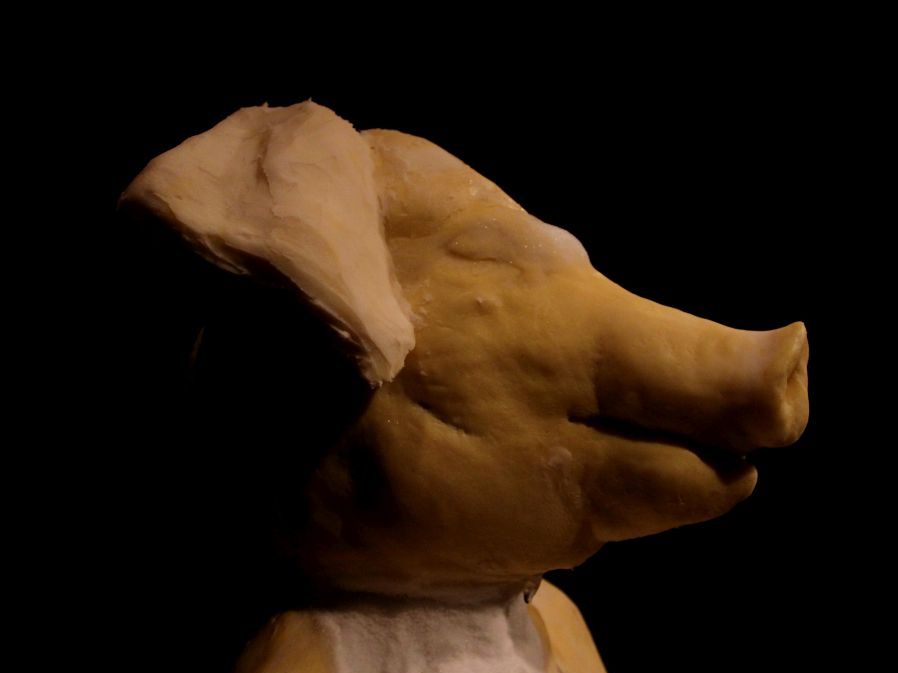 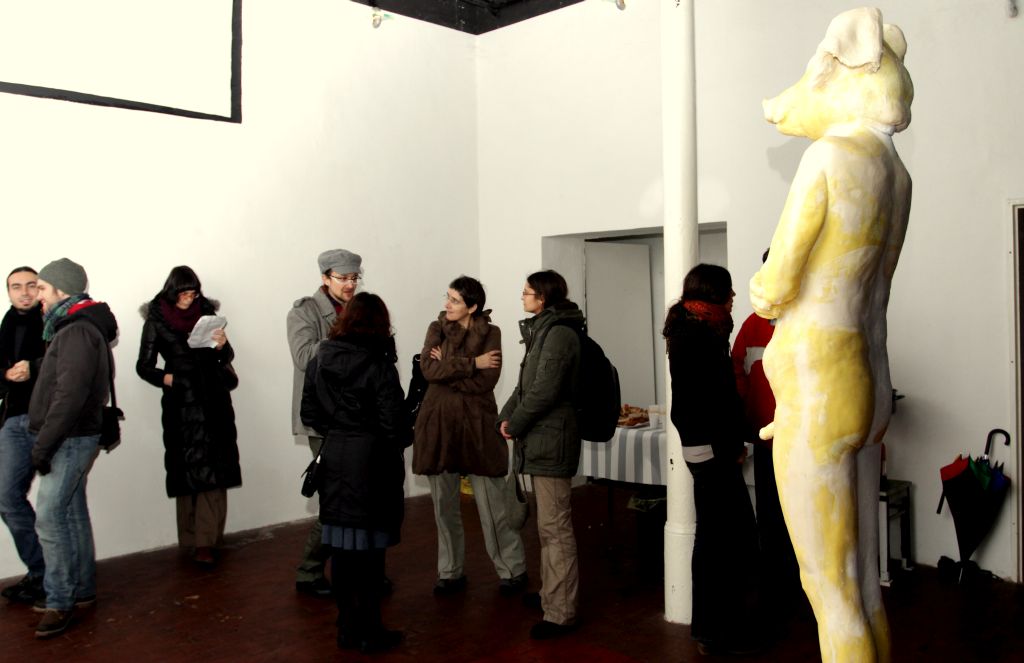 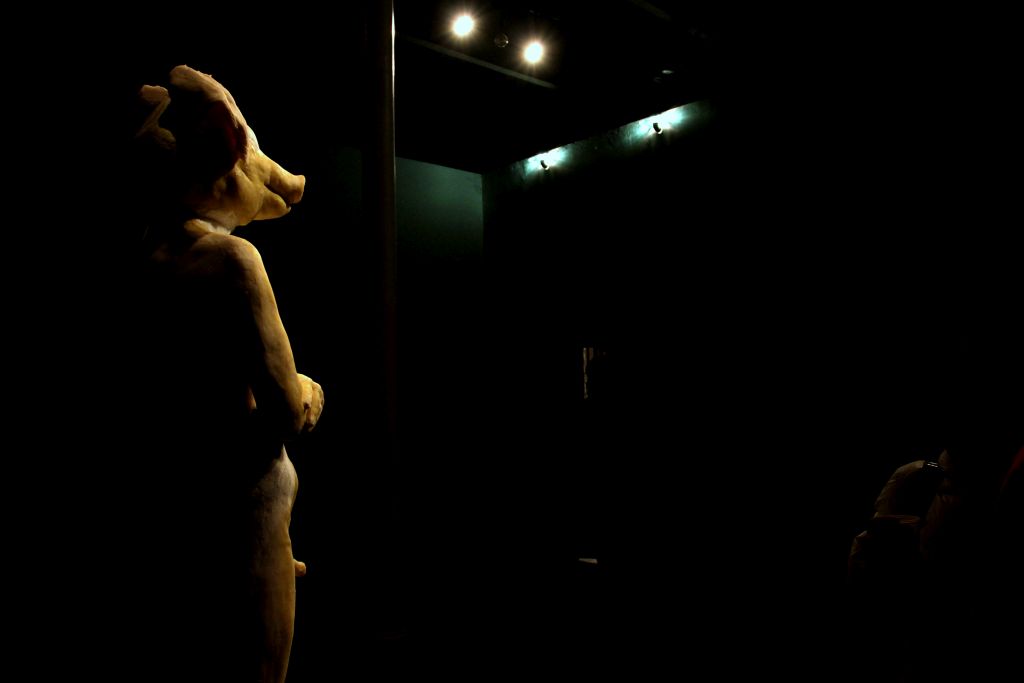 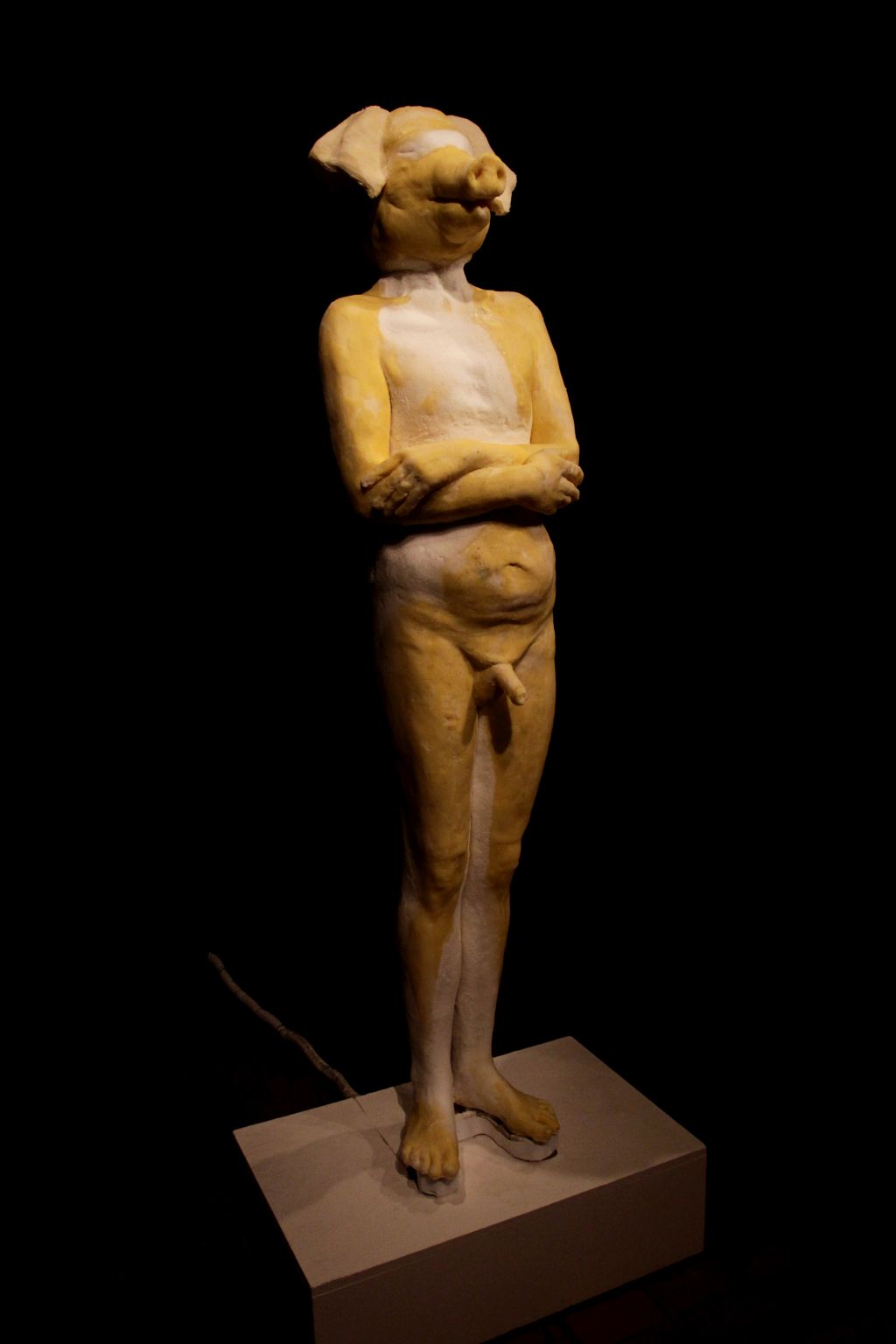 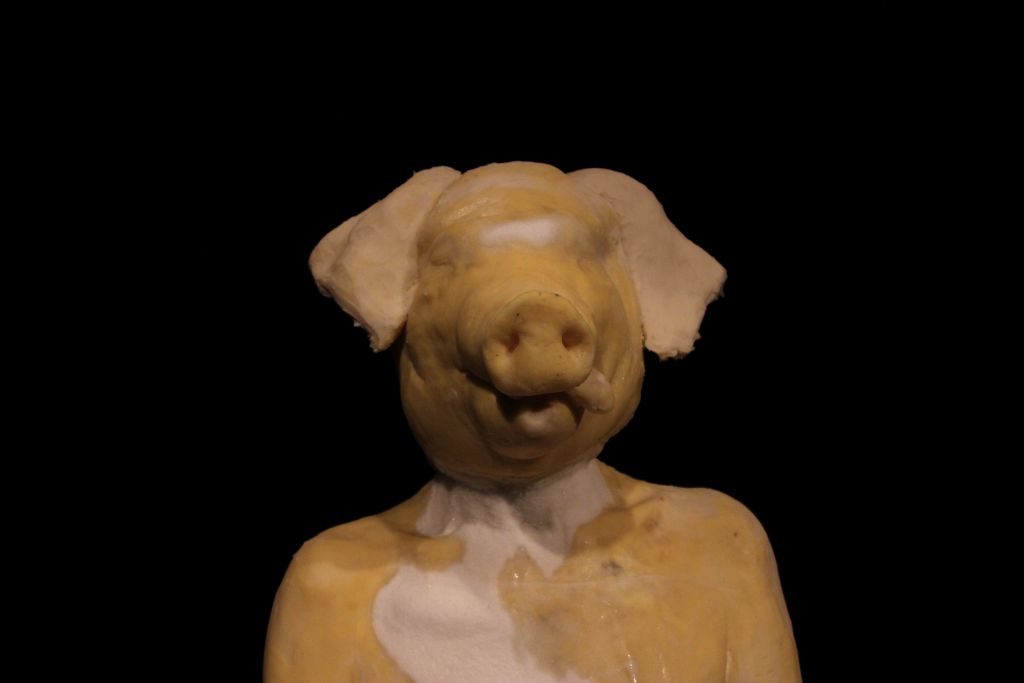 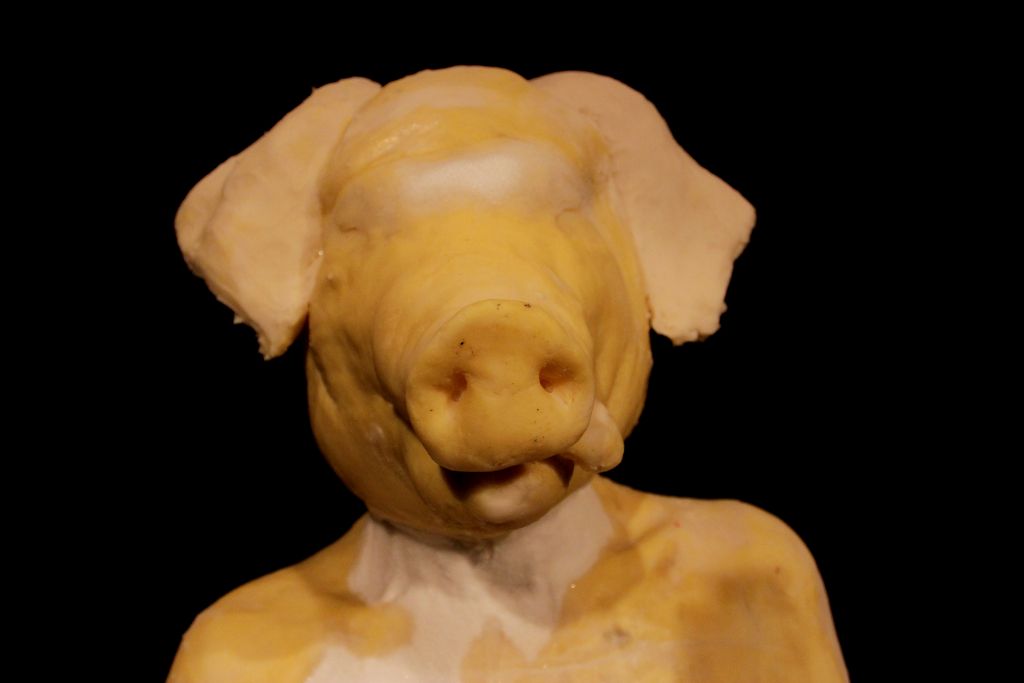 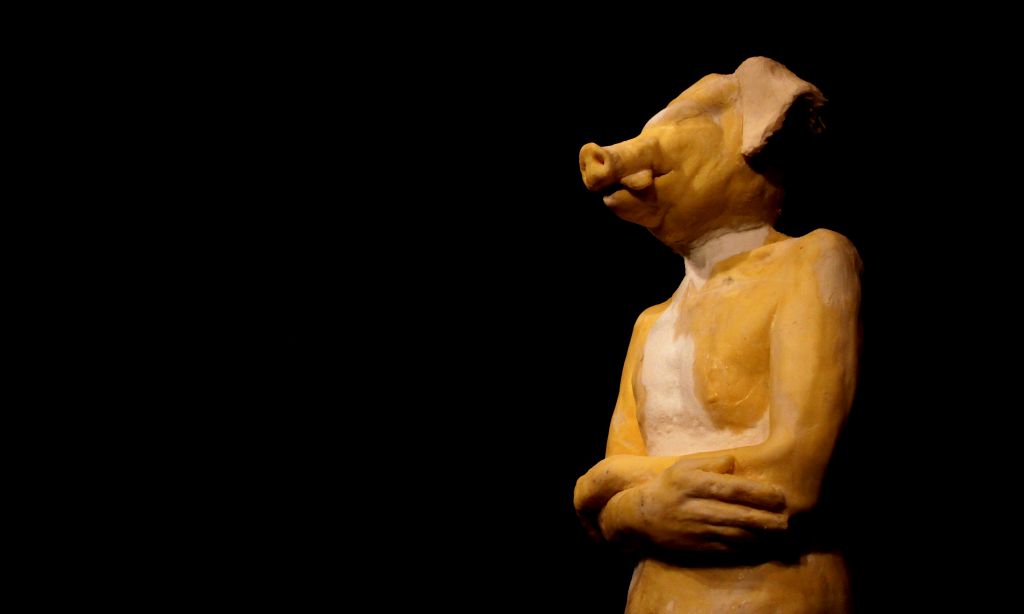 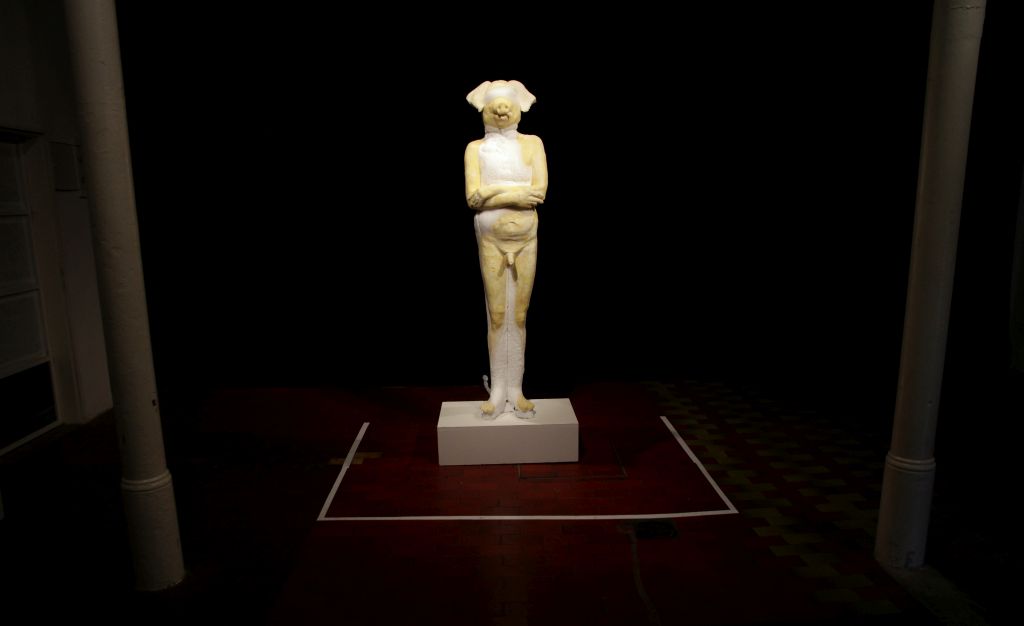 A sculptor, visual artist, puppet manufacturer employed at the Ljubljana Puppet Theatre as well as a publicist in the field of contemporary art, Zoran Srdić Janežić, will introduce himself at the Alkatraz Gallery with an exhibition from his opus entitled Corpus Indeterminata (*Undefined Body).
The entire exhibition project is divided into several parts and will be performed in two phases. The first two parts will be presented at the Alkatraz Gallery and the Sculpture Association Gallery; the exhibitions will open on the same day at a different time.
At 7pm the opening performance at the Sculpture Association Gallery will start the exhibition. The performance will contain the artist’s taking off of a felt shirt. It was created during the performance carried out at the time in the art studio of the Ministry of Culture in Berlinu in June 2010, when the author was pulling out his hairs with tweezers for 24 hours. The hairs were, later, in the process of felt-production agglutinated into a material the shirt has been made from. At the same time the exhibition will also present 21 gold-plated coins from the series entitled Lost & found 2010; a continuation of the homonymous series from 2007, including the found hairs from urinals, placed on coins under fibreglass.
At 9pm the artist will – for the occasion intentionally unheated Alkatraz Gallery – present a sculpture cast of his own body with a pig head, made from lard and cracklings. The exhibition questions the role of the artist as a creator that necessarily requires inspiration for its work, counterposing it the cast of the body, made from a mould. This is the way the artist states, among other things, that an artefact is not only a premeditated and inspired creation of physical objects, but (pointing out that) the context and critical engagement behind it are equally important.
The author places lard, a food of various uses into a context arising repulse in the spectator. A hybrid of a man and an animal points to anthropocentrism of our society and announces the second part of the exhibition, where the artist will – from his own fat – make a pig body with a human head, created with the aid of 3D scans. This simple swaps of roles or the use of raw materials are so extensive and so easily taken for granted in our daily life that we have stopped questioning them, while we can here face them in an entirely new light, so we are forced to re-evaluate their meaning and appearance (Ana Grobler).