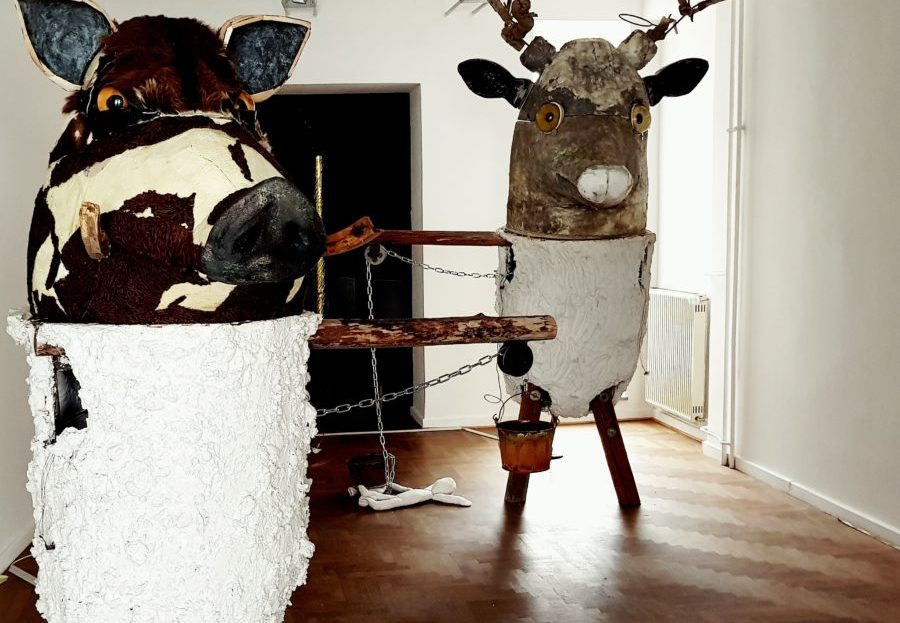 On the exhibition, I will present two sculptures made with different materials featuring mechanism of moving a bucket up and leaving it in freefall. Mechanism – electronic devices are operated through sensors and Arduino programming by Matic Potočnik and Blaž Berdnik. The process of a work was mainly working on a construction made from two parts of welded steel which were later hand-modeled with gypsum. The heads were made from polystyrene and armored with different resins. Basic style is the creating of an artwork from different materials / construction of assembly and / automated movements – hence the programming and hacking of motors (Matic and Blaž). The title of an artwork is: Svet je vaš, ampak naš, ampak vaš (World is yours, but ours, but yours) 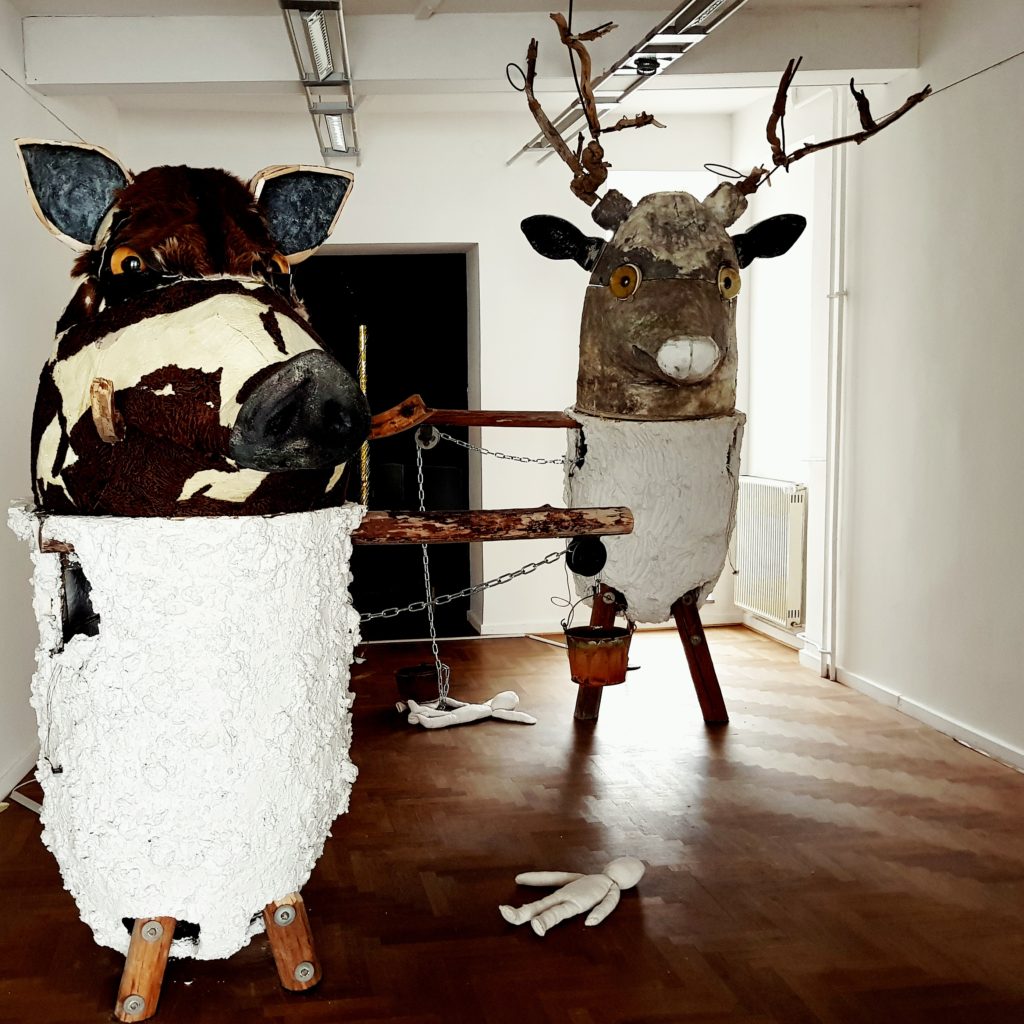 Some photos of the building are posted below 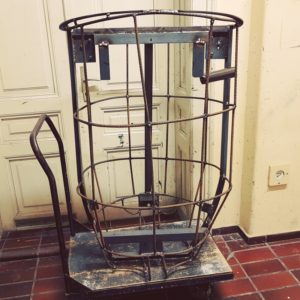 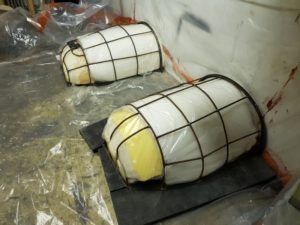 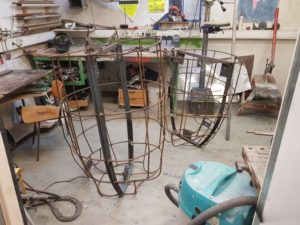 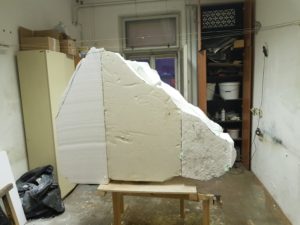 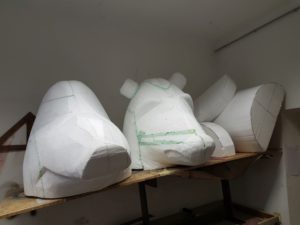 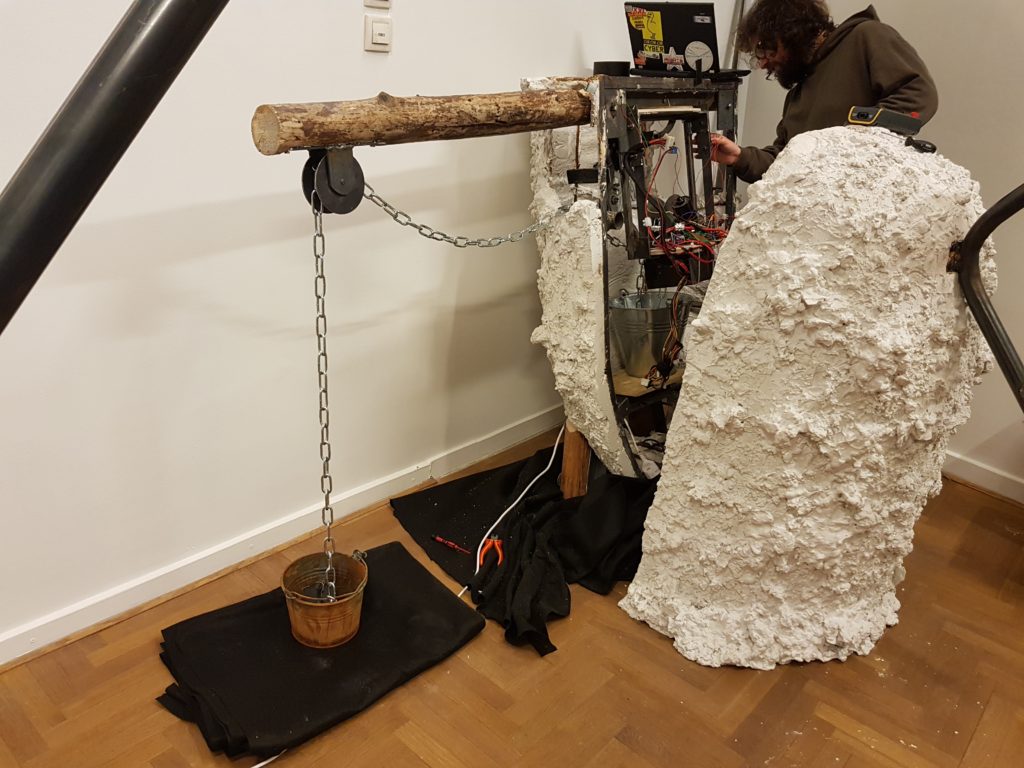 The basic idea was relating to the Beethoven’s Ninth (or Coral) Symphony – which is traditionally considered as a celebration of a brotherhood of some Planetary proportions. As there is a brotherhood of man there is also opposite side which is neglected. This side in antihumanistic terms is related to all living forms having the right to a decent form of a living. From first sketches, there are visible animals like guards that were later descended from original Beethovenian idea to a hog and a deer like figures 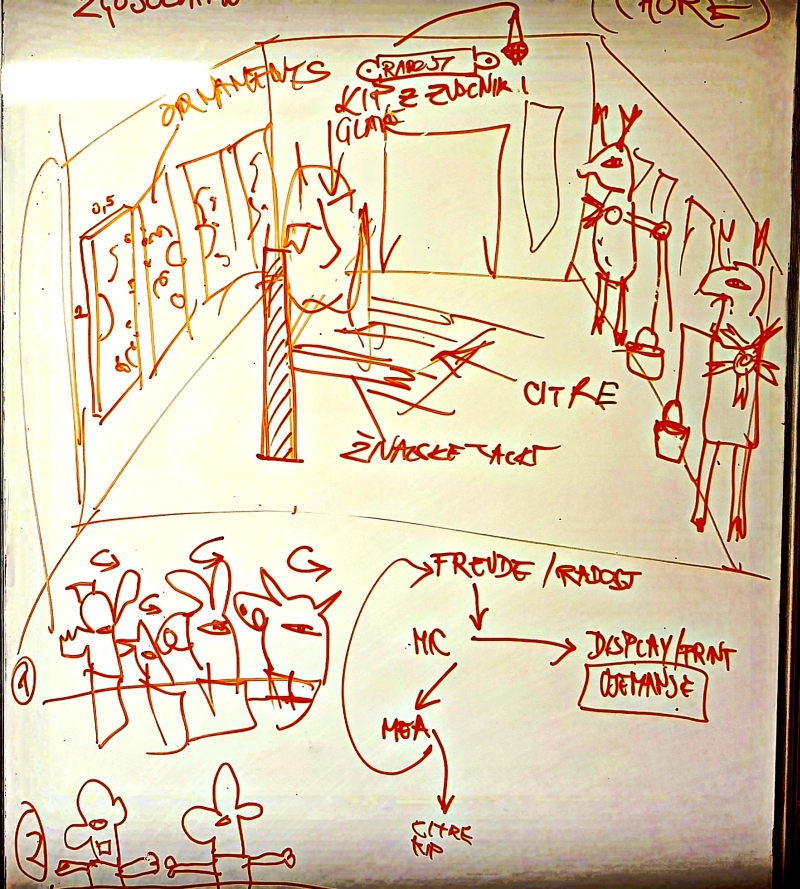 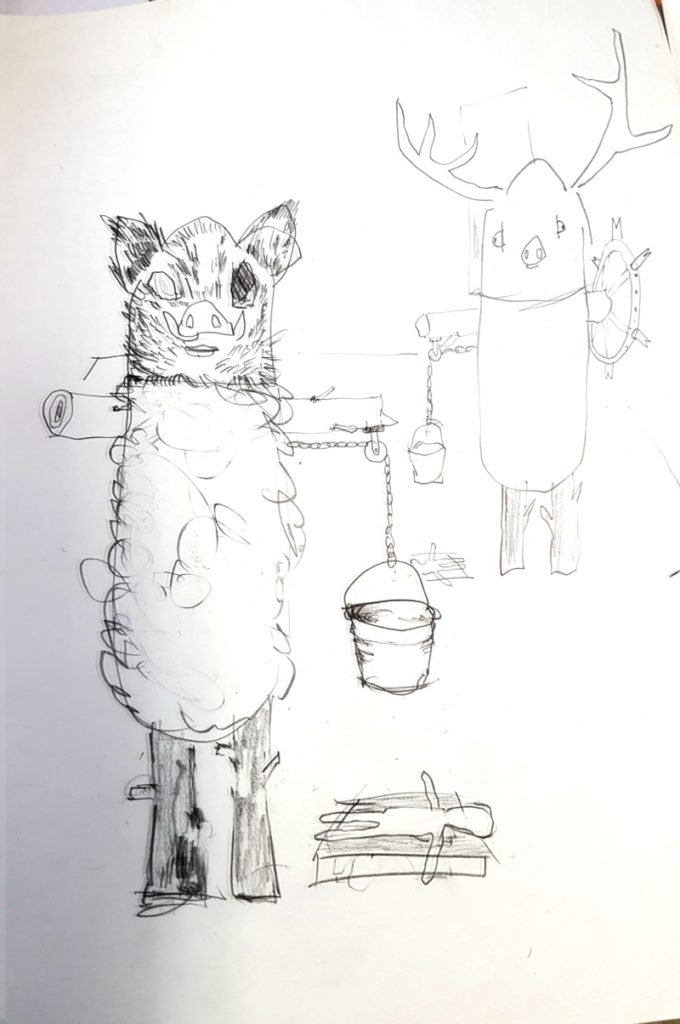